A huge company with an army of some of the most creative and ambitious minds in the industry at its core. We have worked with Greene King for over twenty years, delivering solutions and support across their estate in the South. With Greene King we have witnessed the transformation of Audio and Video in pubs from a second thought concept to one of the most important factors to consider during a refit.

We are proud of our heritage with Greene King and all the relationships we have forged through the years with this company. We owe much of our success to people who have worked in Greene King who take us with them as they progress in their careers. 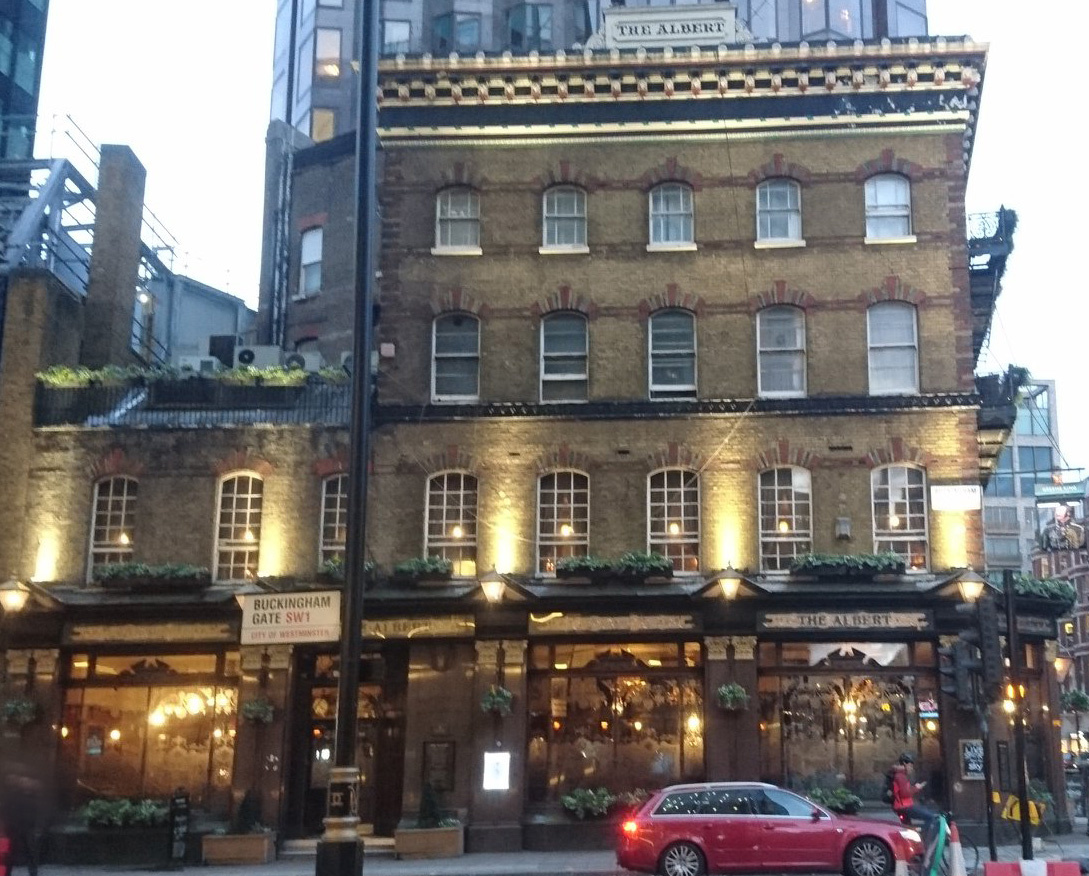 We think this is a lovely boozer in the heart of London. Lots of wood around and a great old school feel to the place. This is typical Greene King for the brand and style of the pub. We have chosen to talk about this as it's what we do.

The site has five TVs and the Sky is distributed on HD and 4K over CAT6 cable using HDBaseT Protocol. A matrix controls the distribution and all TVs are 4K Capable, thus allowing a guaranteed 4K signal where required.

Each TV has an infrared sensor that facilitates control of the source you are currently watching.

This solution, widely accepted in the industry, is easy to use , robust, and expandable, making it perfect for the PCL Industry. 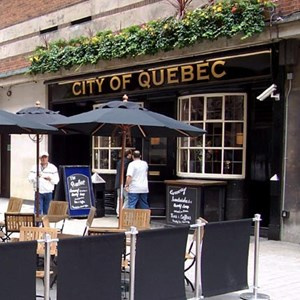 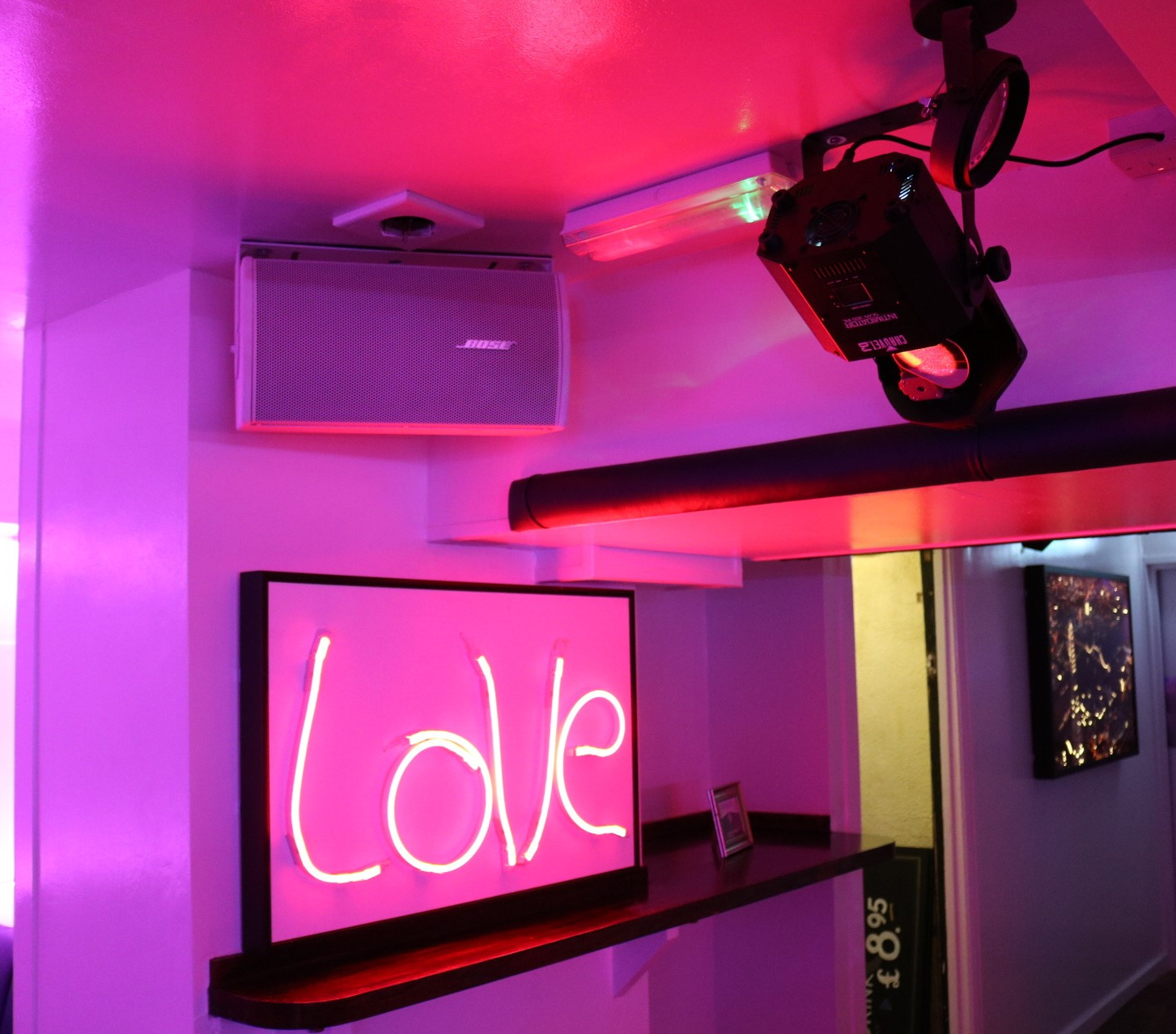 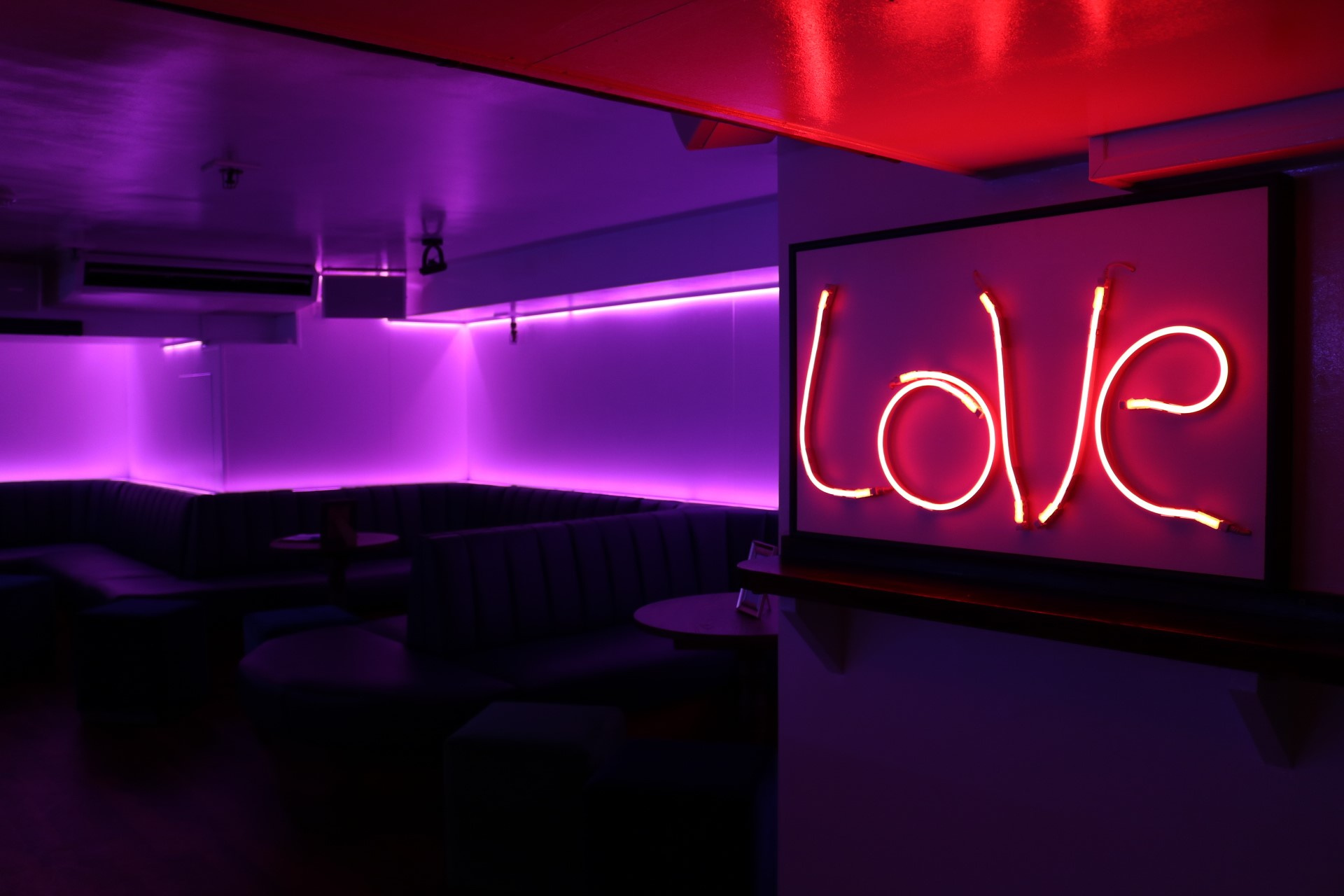 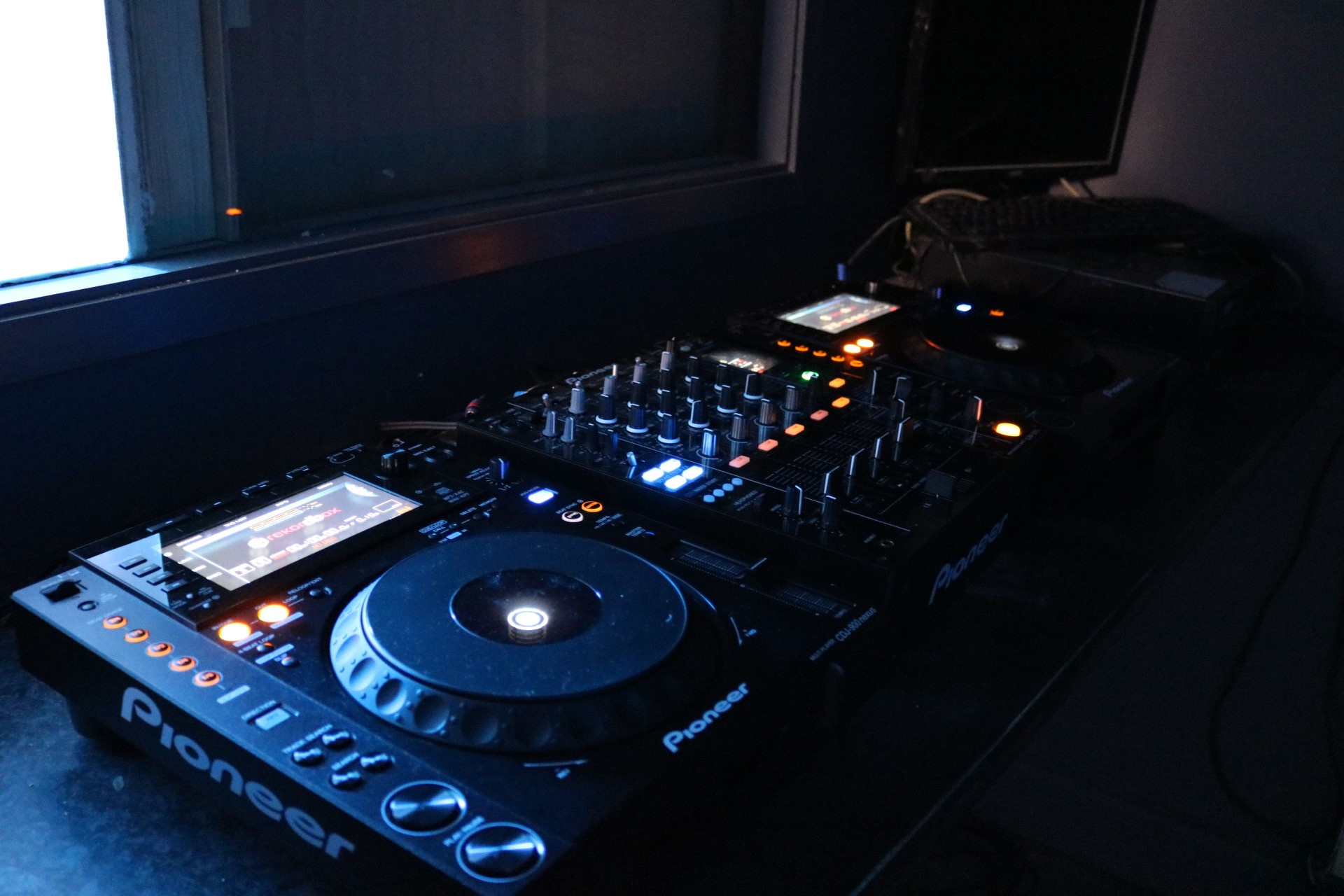 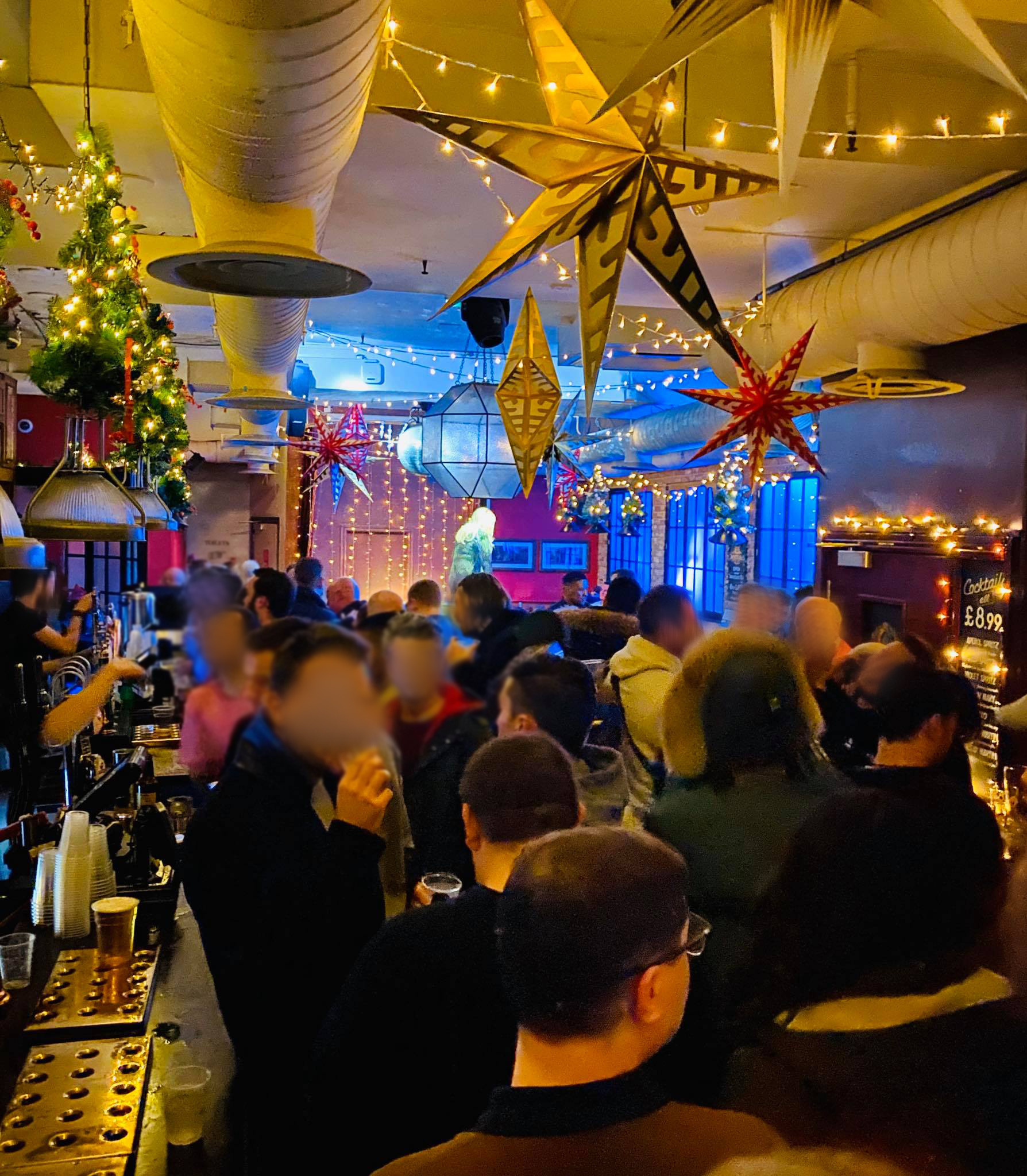 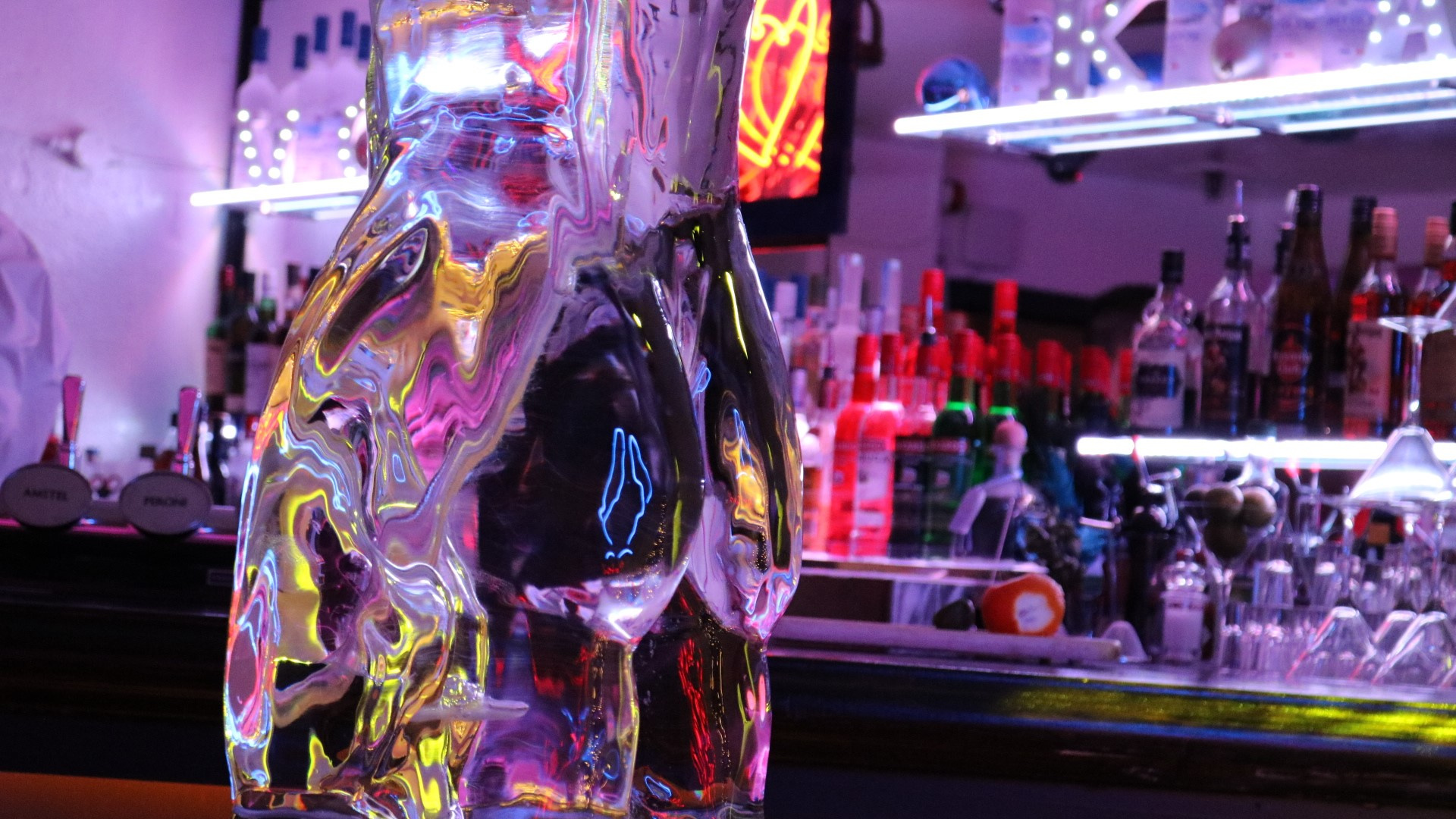 Proudly boasting its heritage as London's Oldest LGBTQ Venue, The City of Quebec is a minute away from Oxford Street and Marble Arch. The establishment plays host to Cabaret, DJ and Live Acts weekly over two floors.

The basement was to be modernised, brightened and updated. The existing systems were to be disposed of. Our brief, a full DMX based wall wash system and disco lighting, mirror ball, venue sound system, starlit dance floor and DJ system to tie in with the upstairs zone. Our design used the Bose ESP controller and RoomMatch Utility RMU108 speakers with two MB24 Sub Units on PowerMatch Amplifiers to deliver around 8,000W of power to the space. Note in the pictures the lit shelving in the bar. This was DMX controlled also.

The ground floor system was for day to day use and live/ cabaret. An upbeat lighting system was added. Desk control is potentially from an iPad, allowing the house to control the mixer from anywhere in the room.

The Cabaret (and later a basement club option) were given high definition, low light cameras on HDBaseT so that the TV's could show what was going on.

The Hope and Anchor, Islington 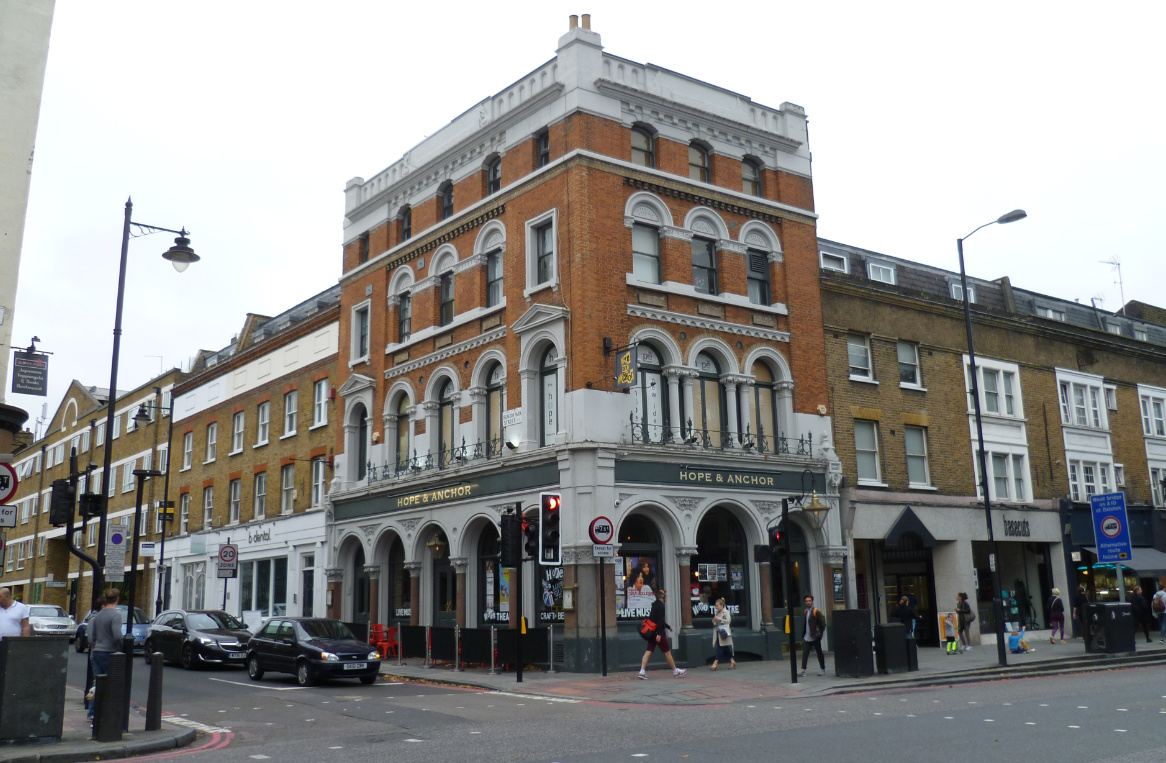 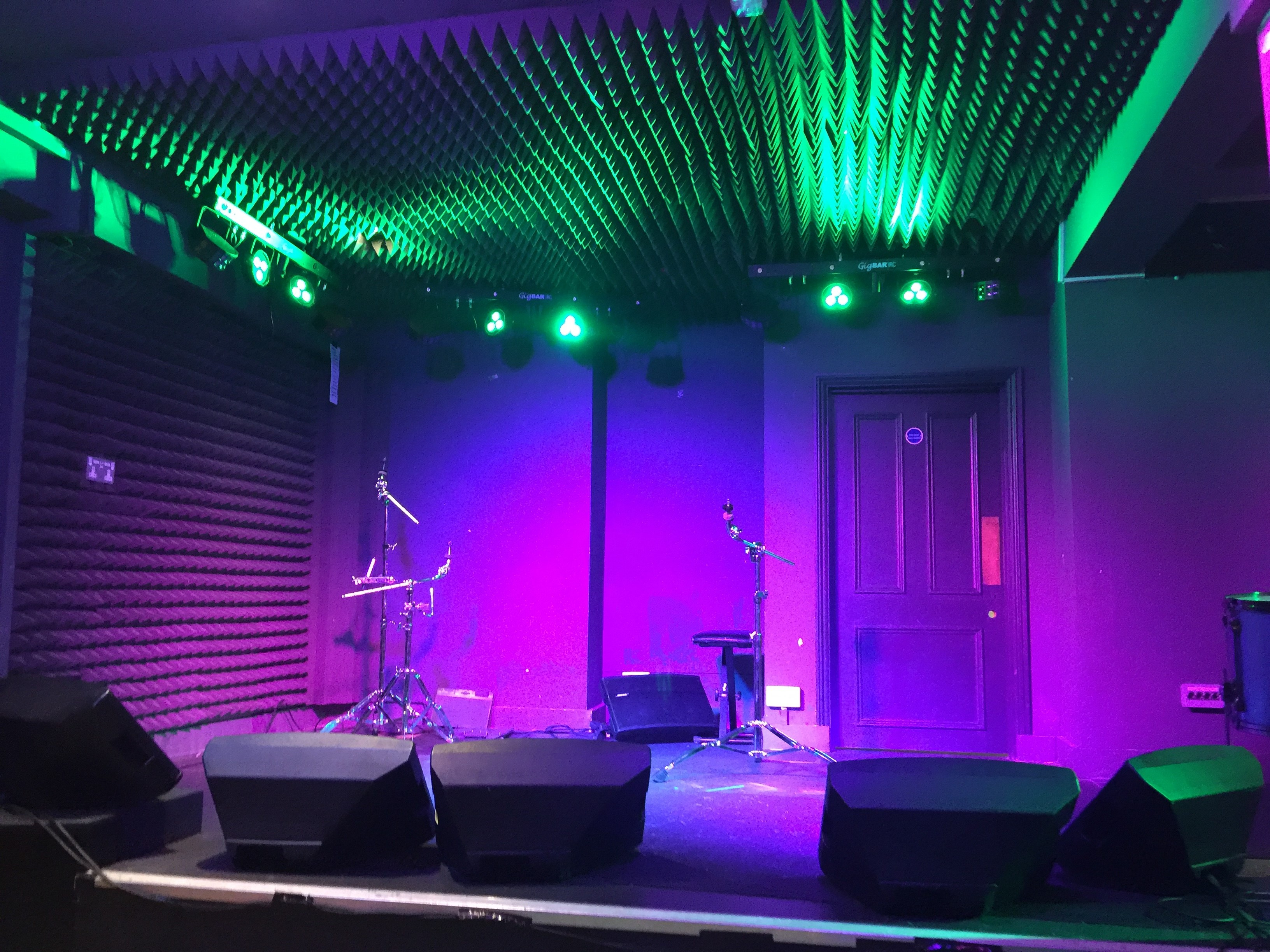 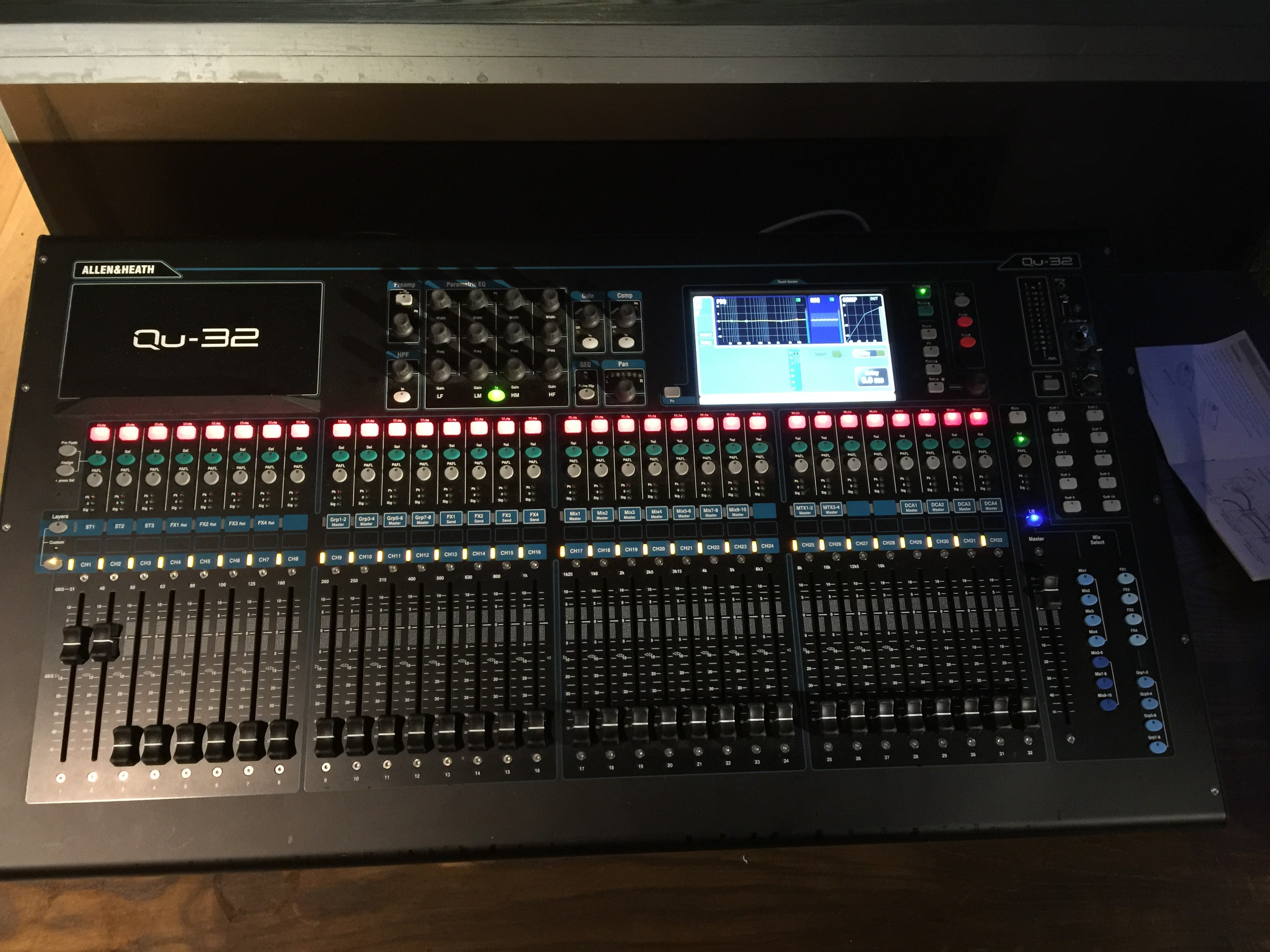 An iconic live music venue, the Hope & Anchor has played host to many household names of the music industry. Madness, Dire Straits, The Stranglers, The Cure, and many more cut their teeth gigging in the basement of this stately Victorian building. More recently, Enter Shikari and a Kerrang special.

The basement venue will hold 80 people and we were tasked with modernising the old system and providing a system the venue could continue to build on from its Live roots, complete with DMX lighting and video distribution to the first floor of the stage. We also undertook the installation of anti sound reflection measures (the spiky foam on the walls in the picture) to help with reverberation.

The ceiling is incredibly low and this was the biggest challenge. Speaker positions had to be considered to accommodate the effect of feedback from a system in such a tight space. Our solution is four RMU208 loudspeakers and two RMS215 subs running on Bose PowerMatch Amplifiers to deliver around 16,000W to the space plus monitor power. The mixer (Pictured above) is Allen & Heath and runs on D-Snake.

The result is a reliable, clear and punchy system that makes the best use of the space and maximum volume levels achievable.